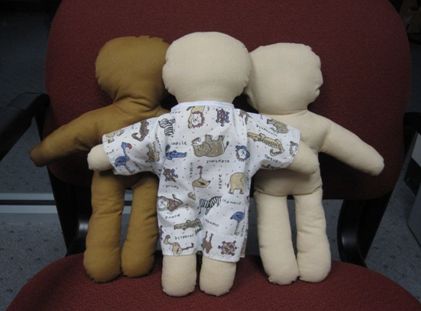 I sat in on a Play Therapy class last night and watched a clip of a session in which a child was given a doll with no eyes to play with. The child immediately began aggresively repeating the phrase, “Open eyes, open eyes!” at the therapist and was begging for crayons to draw “open eyes” on the doll. To me this can mean a few different things. The obvious is that the child is used to seeing dolls and human beings with eyes, so one without them probably scares him a little bit and makes him feel uneasy. (There is meaning behind why children are given blank dolls during play therapy, but that would be a whole other story). Another observation could be that for children, the eyes are a very important form of communication. For infants this can be seen as true because they do not yet understand the meaning of words and so the way someone looks at them can significantly impact their level of comfort with that person. This can also hold true for toddlers, especially those in hospitals, who grow up interacting with people whose mouths are covered by masks all day long. Smiles are an easy way to reassure a child and make them feel at ease, so without them, the eyes must be used to convey this feeling. We all make fun of Tyra Banks for the number of times she tells the girls on America’s Next Top Model to “smile with your eyes,” but this is, in fact, a very important concept to learn when working with children. The child in the video clip clearly wanted to see “open eyes” in order to make the doll feel more human and more welcoming for him to play with. But, can we look at this outburst in a different way? Maybe this child was trying to tell us something? Keep your eyes open. And not in the sense that they’re physically open, but in the sense that when they are open, they are actually seeing. If we fail to look deeper into the meaning of the photographs we see, the people we meet, the stories we hear, then we are living like the faceless doll that this child was so afraid of. Don’t allow yourself to be blind when you have the ability to open your eyes.

The other day I stumbled upon a website with a list of ten famous pictures throughout history. At first glance, the photographs are impactful and it is easy to observe the obvious emotions of pain in the eyes of a hungry mother or joy in the leap of a daughter into her father’s arms upon his return home. But, after reading the descriptions that are provided with the photos and learning the true meaning behind them, your eyes will be opened to an entirely new perspective. Check it out. You will be shocked by what you find when you have the knowledge to clothe your naked eye: 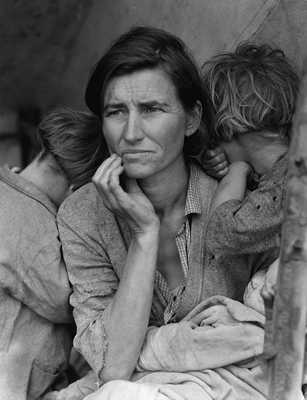 Our family journey with UCD and liver transplant.

"Each affects the other, and the other affects the next, and the world is full of stories, but the stories are all one."-Mitch Albom

Running 20 Marathons in 2012 for the Inspire Foundation (ReachOut.com)

All Good Things Are Wild and Free