To live near one of Australia’s most frequented suicide spots may seem bleak for most people, but for Don Ritchie, this was not the case. The Australian resident, who passed away in May of last year, dedicated his life to trying to prevent as many suicides as possible, with acts as simple as flashing a warm smile and offering up the comfort of a cup of tea. Don was dubbed “Angel of The Gap” because he made it his mission for 48 years of his life to do anything he could to prevent lost souls from venturing up to Australia’s notorious suicide spot, “The Gap.”

People climb hills for different reasons.  Much like the world’s terrain, life has its ups and downs. Hikers climb upward to look out on the beauty of the world and take in its vastness in wonder and awe. Others, unfortunately, do so because it provides a means to thrust oneself downward, to become swallowed in the depth, and to take one’s own life, because they feel like it’s not worth living.

Don Ritchie made it his life goal to shed light on life’s “ups” to those climbing the hill, so that they would not wish to drown themselves in the “downs.” He is said to have prevented upwards of 160 people from taking their lives simply by sharing with them a kind smile and asking things like, “Is there anything I can do to help you?” Of course a smile and some kind words cannot save everyone. We still have so much to learn about suicide and all the reasons that cause someone to want to take their own life. But, I would say that is a pretty significant number of deaths prevented, by just one man, with just one mouth and one heart with which to project hope for so many who felt like their world had been sucked dry of the very feeling. 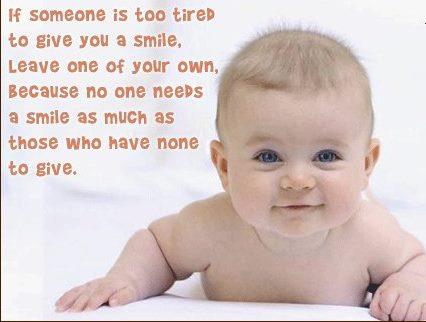 It just goes to show how much of an impact we can have on one another’s lives. Never think that you can’t make a difference. If Don Ritchie thought like that, the world would be missing 160 more beating hearts right now. He was not a celebrity. He did not invent some new technology that would help further the development of society. He wasn’t a frequent flash on news screens across the world. He was simply a man with a smile. A smile that touched the lives of others and made them feel like life was worth living. Mental health professionals often tell the story of a note left behind by a man who jumped off San Francisco’s Golden Gate Bridge. It said, “If one person smiles at me on the way to the bridge, the man wrote, I will not jump.” Just one person. That’s all it takes. One person; one smile; to make a difference. If Don Ritchie, one man, was able to save 160 people in his lifetime, think about the potential number of lives that can be saved if we all learn to be a little bit more like that humble hero of the “The Gap.”

To read more about this incredible man’s story, check out this article from Fox News:

Our family journey with UCD and liver transplant.

"Each affects the other, and the other affects the next, and the world is full of stories, but the stories are all one."-Mitch Albom

Running 20 Marathons in 2012 for the Inspire Foundation (ReachOut.com)

All Good Things Are Wild and Free